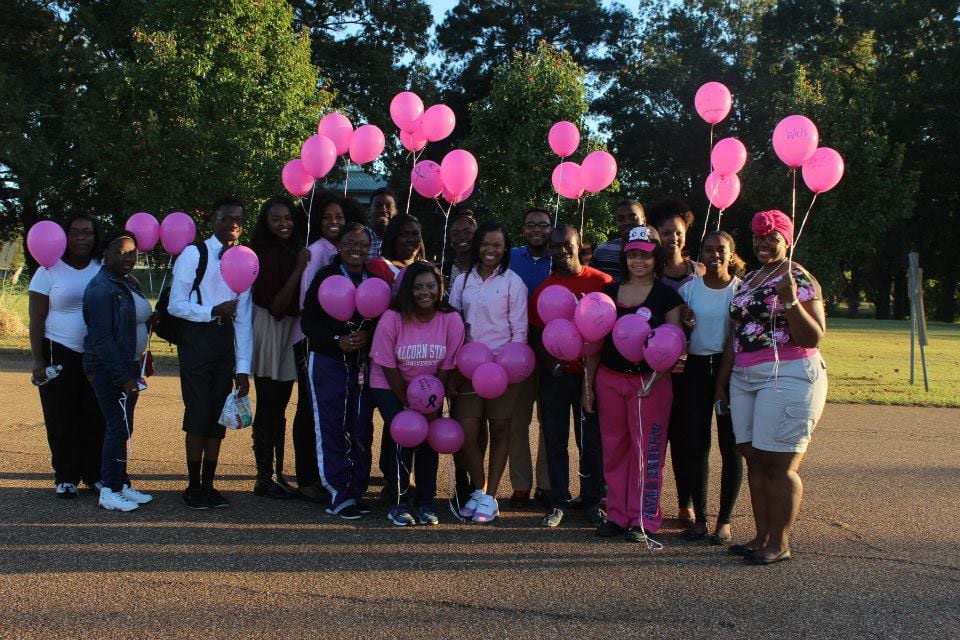 ShanKeya Cobbins, the 2014-2015 president the Zeta Xi chapter of DMD, lead a host of other DMDers and others in a walk to give special honor to Breast Cancer Awareness.  After signing in, each participant wrote a name of someone whom has had breast cancer (survivor or non-survivor), and others wrote special messages on the balloons–that will be released. The group walked from the Biotechnology building to the park. Shankeya gave a brief note of acknowledge about the fight against breast cancer, as she expressed appreciation to Susan G. Komen and all of the relentless dedication to the cause in her honor. We bowed for a moment of silent prayer, and then, all the balloons were released to the skies: wherever balloons go! 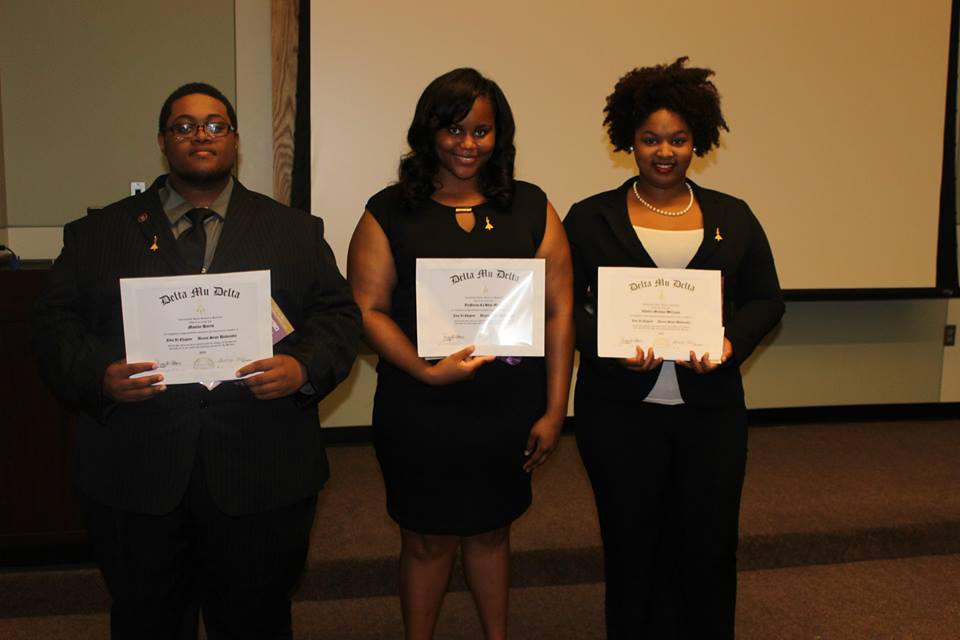